Some information has come to me over the past couple of weeks that I now feel compelled to share with you.

Many of us are aware that the creation of the current climate of extreme fear and the curtailing of our civil liberties, may hid a darker agenda. Succumbing to the fear serves us not however. All that does is breed more fear, anxiety, panic and isolation, which can end up triggering a state of complete paralysis – a kind of living death.

What I suspect most of humanity craves more than anything else right now is a sense of hope…the belief that everything is going to be okay…that there is light at the end of the tunnel. I trust that the information I’m about to share with you, may provide that for some of  you.

The following is part of an article written by Steven Strong of ‘Forgotten Origins’. Steve unveils an ancient Aboriginal prophecy which is said to come to fruition in a few months time on December 21st 2020. 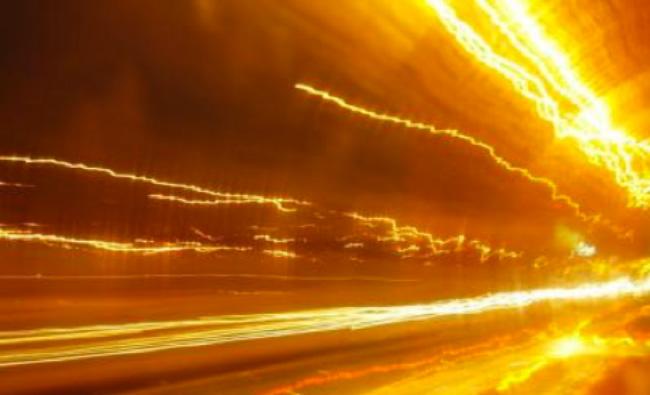 The Original Prophecy Foretelling the Change of Everything
“This has been an evolving process that began nearly three years ago. Elders and Keepers of Lore have approached us with an almost identical word for word description of soon to come days of complete transformation. Such has been the number and consistency of narrative, if other Elders approach us on unrelated archaeology or history that involves Old Way protocol and knowledge, we always introduce the topic of the oncoming change to see how they react and whether they knew of this renaissance. If they do not, then the radar is on and suspicion aroused. Fortunately, that has never happened, because on each occasion when the subject was raised it became immediately obvious that they were genuine and knowledgeable in such profound matters.

We first heard talk of this seminal transformation close to three years ago. The sources vary, some are very close to those orchestrating these ceremonies, with others there were degrees of separation, but what remained constant was the general processes, location and outcomes. To begin with, we were told that a Pleiadean spaceship carrying a special device was on its way to Earth. Since that earlier description it has become obvious that this had already happened, a long time before. From an Original perspective, time is circular in nature and progression, so being off by close to a million years is not an issue as it did happen, when, is such an insignificant part of this equation. What doesn’t change, is that it was delivered by Pleiadeans, and the ‘machinery’ is ready and waiting.

This device, which the Elders refer to as a “Magic Box,” is beyond the comprehension of mere mortals, but there is one drawback in this gift from the stars. If unassisted by humans, it will do nothing beyond await instructions. Even when the ‘switch’ is sung and turned on, the best it can independently do is get ready. Aliens of good intentions are banned from directly influencing human affairs, they can hint, suggest and wave a big white flag, but never initiate or supplement. This Magic Box will feed off pure positive human energy. If there are indeed the minimum numbers still present (which runs into six figures) and unaffected by pandemics, economic chaos, warfare and terrorism and are totally focused on the positive, this box will absorb that powerful reservoir of pure energy then amplify and distribute throughout all the ley lines and Dreaming tracks on this the planet.

The planet itself is aware of this oncoming acceleration where its resonance will ascend. It is for that reason that the Schumann Resonance, which measures the planets inner pulse, has been of recent times peaking and receding like the tides of the ocean. It is readying itself for this ceremony, for once the final ritual is completed the Earth will continually vibrate at a much higher level, forever. However, if the current fear and negativity prevails and the number of people who are unaffected is too low, the box will remain idling and soon after the Earth’s axis will tilt and the oceans will clean the planet and virtually everything will be literally washed away. Either way, the earth is rising and will be cleansed.

Now if the numbers are sufficient and the energy flows, the Elders have told us that the Earth will literally split into two ‘pulses.’ One being close to 200 on the Schuman chart and the other will remain at the present base level of about 8. Each soul will automatically gravitate to the frequency that reflects their current stage of spiritual development. Those obsessed by greed, gossip, power, backbiting and turmoil will be drawn to the lower vibration while those seeking wisdom, introspection and Old Ways will be called to the higher resonance.

Such a bi-vibrational construct is an imbalanced physical equation, as you cannot have two realities co-existing on the same material plane. Over the months, possibly even a few years, past the dividing line the lower base, to which many will be called, will slowly fade then finally vanish. And so too will its entire esoteric cargo leave this planet. This separation is not meant as either a judgment or penalty, as the souls who do not straddle the hurdle will still incarnate, but not here as the higher ascended frequency would literally kill any less developed soul. So, it is back to Kindergarten elsewhere for a lot of the present-day inhabitants of this planet, and on to Earth University for those who made the grade. (* Since hearing this explanation of where these souls went next, another destination has been presented to us, which will be expanded upon in another article further down the line.)

And when will the final examination for each soul take place? The answer, which is down to the exact second, we first heard from Original Victorian Elder, Brendan Murray, and I remember stating at the time of first disclosure I was very hesitant to vouch for such precision in timing. Time means nothing on the other side of the curtain, it is a mortal construction, and too many self-proclaimed prophets have staked their authenticity on a number and date, and we are still here none the better. Despite these justifiable reasons not to declare any date, because of events and information given that cannot be fully revealed at present, we are now 99.999% convinced that on December 21, 9.04 pm at Uluru, the box will be opened and switch turned on.”

One Two and Three

Whether the audience is Cherokee, Hopi, Original, Mayan, Bruce or someone who is aware, it makes no difference as it is the same story about Moon People and why they came, irrespective of geography or tribal membership. They live below and have big eyes and care greatly about the Earth and the sapien magicians who lost their way. The Earth’s magic is coming back, but so many people, institutions, cabals and leaders see things differently. What they fail to appreciate is that finally Old Ways will prevail, because past the date of December 21, 2020, new rules apply which means Old Way always conquers No Way. The Moon People, the Pleiadeans, those from Sirius, Andromeda and all other off-world locations, know what is coming yet are unable to do much more than passively spectate and can offer nothing to assist, except for one special previously agreed to escape clause in the form of a Magic Box.

They are all watching and hoping that we can turn on the switch and power up the crystals inside the Magic Box, knowing it is all down to us. This is the event so often predicted, it is a time for all incarnated souls to make a final choice in deciding whether to be heroes or villains. The best part is that no other spirit or being gets to choose, it all comes down to the consequences of your own actions and thoughts. It is your karma that picks a side in this final showdown. So, it does all come down to what comes next.

A Call to Action 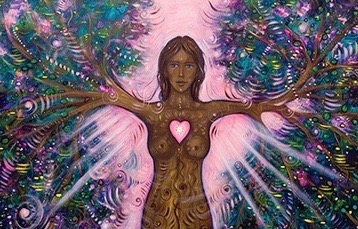 Steve says that The Magic Box cannot be switched on without our input. In an interview I saw with him yesterday, he intimated that it would take a couple of hundred thousand people actually here on the ground in Australia, to activate the Box. These people will need to be in a state of pure heart, and detached from the current fear-based reality, in order to be able to adapt to the very high-vibrational frequency that ensues when the Box is switched on. The Elders have told him that once The Magic Box has been switched on, it will activate five sacred sites in Australia, followed by one sacred site in New Zealand, and from there, all the other sacred sites throughout the globe.

TeAt the precise moment of 9.04pm on December 21st, 2020, all those who have heard the call to be part of this activation, are asked to stand facing Uluru, from wherever you are in Australia or around the globe, and focus on sending your energy to assist the Aboriginal Elders who will be performing a predestined ancient ritual at Uluru itself. The Elders have been doing preparatory ceremonies over the past nine years, in the lead up to this event.