There’s been a sudden surge in rough energies & attacks since about Friday the 20th … the day after Sydney Powell, Rudolph Guliani, Joe DeGenova et al … held their press conference – which energetically speaking – was all of humanity putting it’s foot down and saying:

” … no, we do not accept … we do not consent …  & we do not agree to continued enslavement through trickery, theft & lawlessness”

… which is how the Cabal won power in the first place.

This press conference EVENT had a big impact on the planetary grids … and after meticulous testing with the Teams to confirm (because the information blew my mind) on this week’s show, I’ll be revealing the answers to the following questions:

1) Are the physical dark ones ritualizing against the release of ‘The Kracken’ election surveillance data?

2) Has some sort of negative grid collapsed, letting out & or compressing entities to low altitude & they’re flying about mostly attacking Starseeds, since Fri Nov 20th?

3) Was this the Chimera grid?

4) Was this the Archon grid?

5) Was this the [Illuminati Breakaway Complex) IBC grid?

6) Has this grid collapsed COMPLETELY?

7) Are the Chimera (including their dormant clone bodies hidden in temporal bubbles) close to complete collapse & annihilation?

8) Has this greatly panicked the Cabal (either consciously or subconsciously) in the same way that panicked negative entities (over the ramifications of RBG’s death) caused physical humans (that said entities were attached to) to freak out over RBG’s death?

9) Has these panicked negative [non-physical] entities, and caused them to attack Starseeds in particular?

I can’t release this intel right here, because I have to wait for confirmation from other sources – namely Cobra & FM144.

So tune in to this week’s show (links below) for much more intel updates … and to also find out why Ground Crew Command is so popular – and why 144K Members often have said “… your show keeps me going”.

I’ve noticed Starseeds using the election wrestle-mania drama being allowed to play-out by the White Hats, as an escape from putting 80% of their focus on their internal lives & needs.

Please stop doing this … It’s actually undermining Planetary Liberation. Focus on the things [3D or your own internal state] that will make the biggest difference in your life.

The election wrestle-mania drama won’t reach any kind of conclusion until Dec 14th … at the earliest!

So don’t waste your time.

We need you strong … fit … and ready, because of the:

The crucial Nov 30 Partial Lunar Eclipse 144KMass Meditation is only days away. So prepare & build your energy for the:

(there are no astrological aspects on this date, which means it is perfect for interference-free free-will manifestation & mental projection)

(the day the Electoral College will cast their final vote – FIY)

As always … the degree of our success (and thus, how fast we get liberated) is mostly dependent on the following 3 factors:

1) working with Beyond Multiversal Beings – for more raw power

2) working with our I-AM Presences, from the point of Omnipresence – for more clairvoyance and connectedness – for greater “reach”

3) BUILDING THE NUMBERS … of physical incarnate participants – for more strength, power & coherence of the unified signal we put out during these meditations – to alter reality the way we see fit!

Transform Your Life – This Thanksgiving Weekend

To make things even more empowering, potent & fun for you – I’ve complied

… because your 3D & energetic needs are always going to be different from the next fellow 144K Comrade you’re fighting along-side with.

… so that you have time to do your research on which package is right you, for where you’re at right now; so you can get the breakthroughs that have eluded or frustrated you till now.

ps. Most veteran 144K Members know the night-&-day difference between paid promotions & ‘make this viral please’ organic promotions. In case you’re new – here’s a typical ‘build-the-numbers’ online promotion we mostly use our own money for,  to reach critical mass: 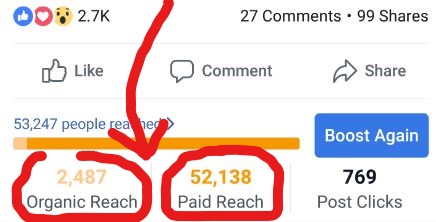 Ground Crew Command is YOUR central support network; and your weekly dose of empowering clarity, inspiration & motivation to get you through the Archon invented “work week”

Manifesto your Passions in Real Time

Embrace the Truth if you Dare...

Recent Posts: Dare to Truth: Embrace your Passion to Profits

What is the safe word when you get through tough times

630-3597079 IF YOU NEED SOMEONE TO CALL WHEN YOU NEED HELP. I want to be available and it should be a good way to feel good about life.

What does the Egyptian obelisk symbolize?

Symbolism of the ObeliskThe obelisks of ancient Egypt represented the benben, the primordial mound upon which the god Atum stood at the creation of the world. The Egyptians believed a day wouldcome when the gods would die and all wouldreturn to the uniformity of primordial chaos. The obelisk symbolized the sun god Ra, and during the brief […]

The Paul Ryan, Mike Pence assassination, coup email chain. Says it all! Why would they risk hijacking a National Presidential Election?

As you will recall, Pence got a letter in his brochure at the funeral and many were wondering why? An email chain from one of the project managers of a website Pence-Ryan 2016 campaign ticket that was called off after Trump won his second debate. Obtained by RealTrueNews.org Remember when the 9 Scalia children were mentioned […]

Democrats on the brink of Senate controlDemocrat Raphael Warnock defeated incumbent Kelly Loeffler in one of two runoff elections in Georgia, putting the party one step closer to securing a majority in the Senate. As of 7 a.m. ET, the second race is too close to call, with Democrat Jon Ossoff holding a slim lead […]

You have every right to expect good behaviour’: Shandro, McIver apologize amid Alberta MLA travel scandal Author of the article:Ashley JoannouPublishing date:Jan 06, 2021  •  Last Updated 44 minutes ago  •  4 minute readTany Yao, the MLA for Fort McMurray-Wood Buffalo, is in Mexico and United Conservative Party officials haven’t been able to reach him, a caucus spokesman says. PHOTO […]

Let’s see what truth is out there